The historic links between the UK and Uruguay are not just evident in utilities, railways or football. Most of the cattle breeds that Uruguayan farmers favour today come from the UK, and nowhere is this link more evident than at agricultural show ExpoPrado. I’ve been attending the show for the last six years, since returning home to Uruguay after 13 years in the UK. ExpoPrado’s focus is on livestock, something Uruguay is known around the world for, not just for its gorgeous beef, beautiful lamb, and its top-class wool and leather. Uruguay is also known for its sustainability focus and its advanced practices, including world-class traceability, which have helped opened up the most demanding markets, including, very recently, that of Japan. The show also has its agricultural side: remember Uruguay is a country of 3.4m with a potential to feed 50m people. 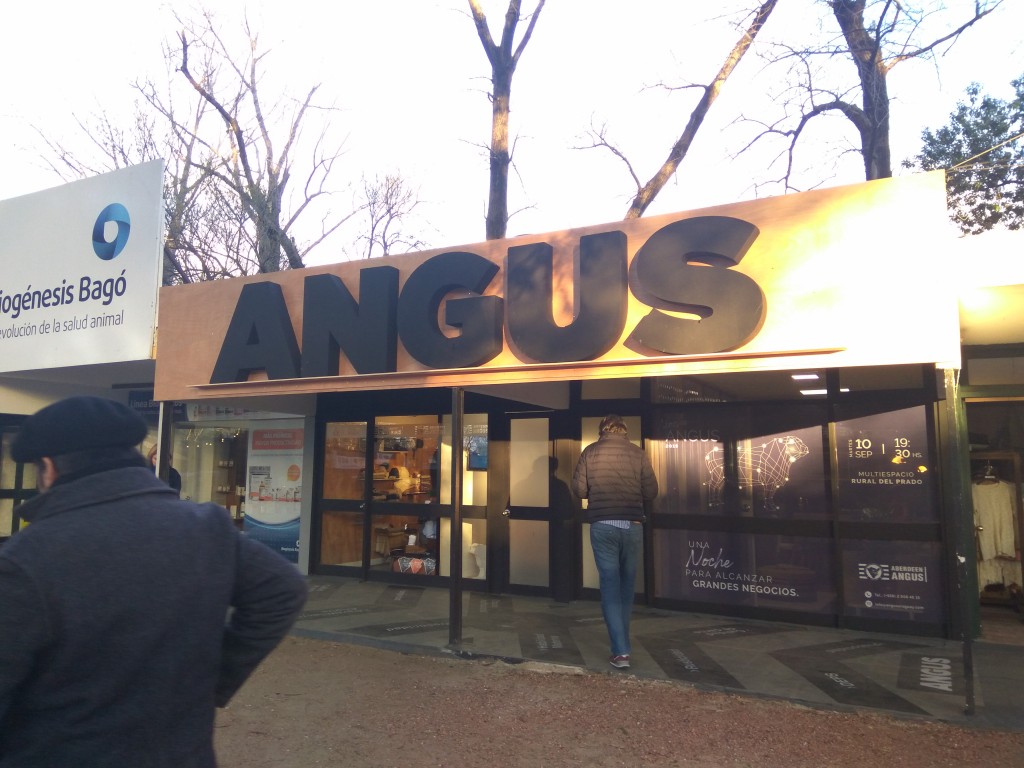 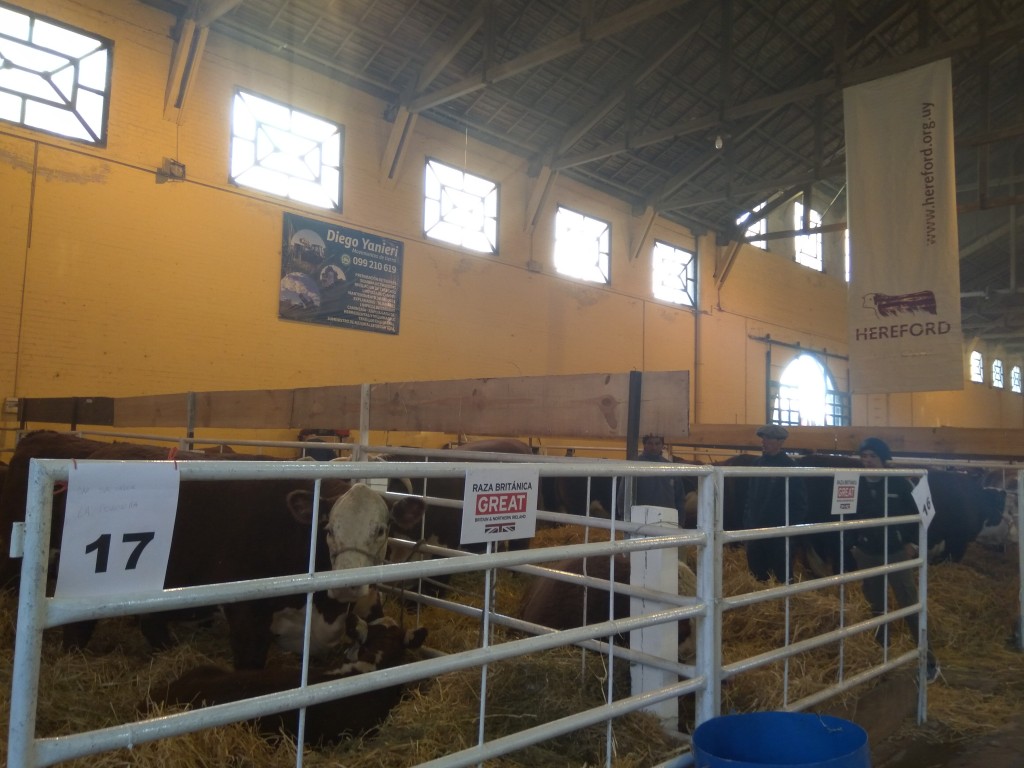 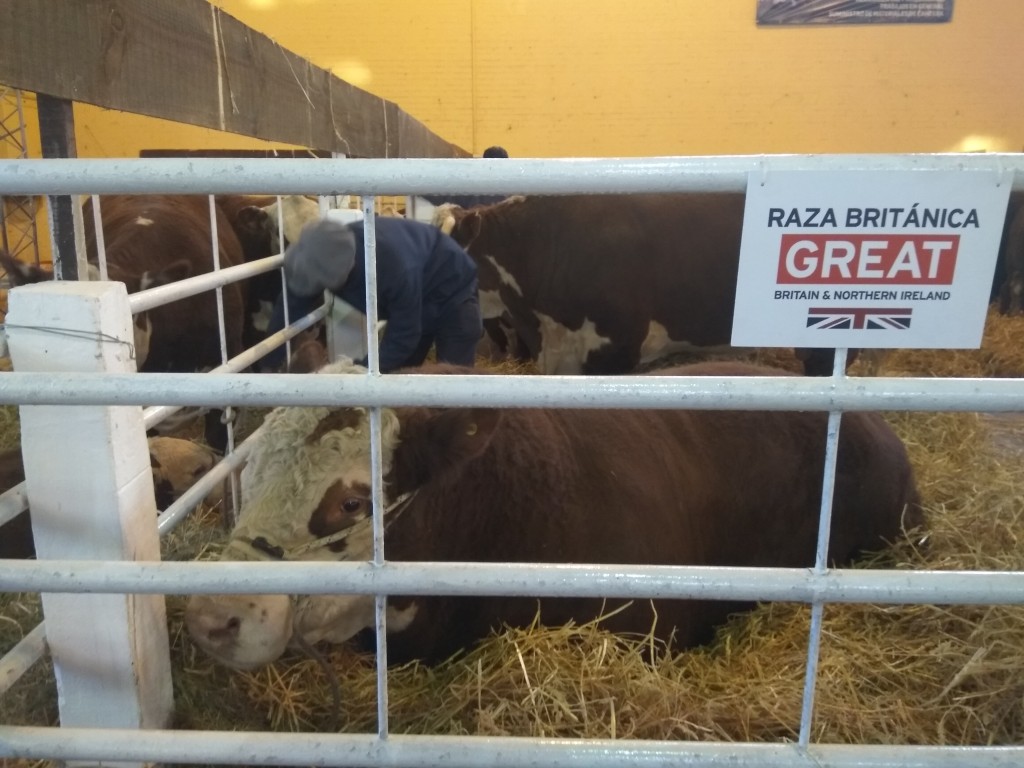 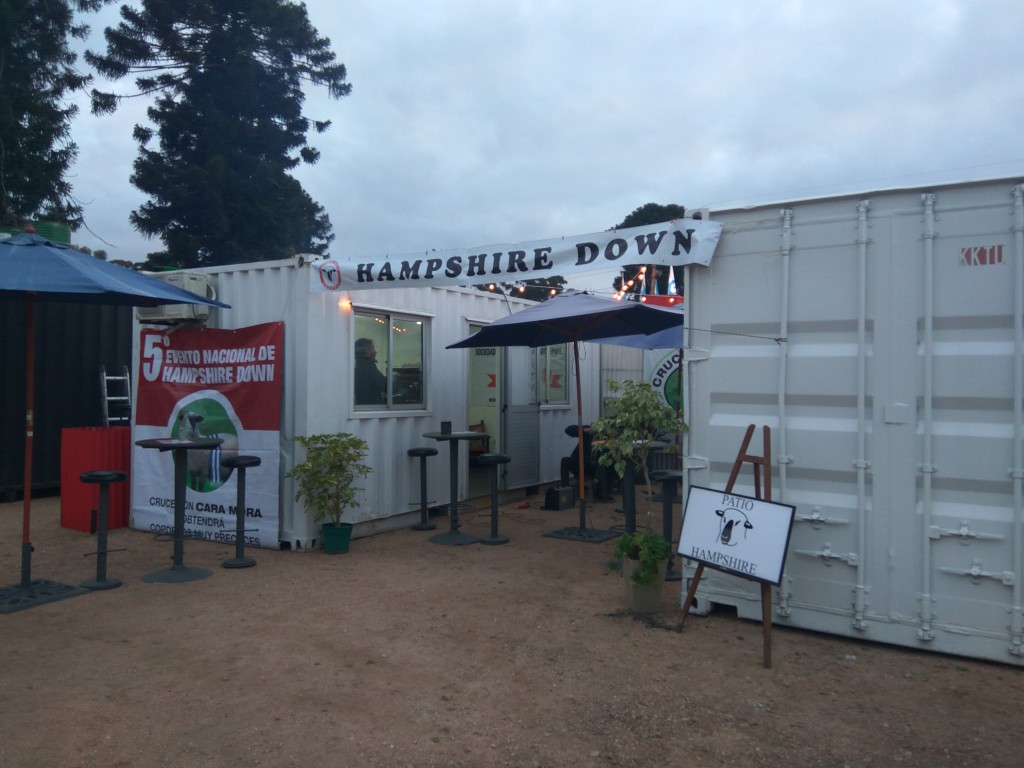 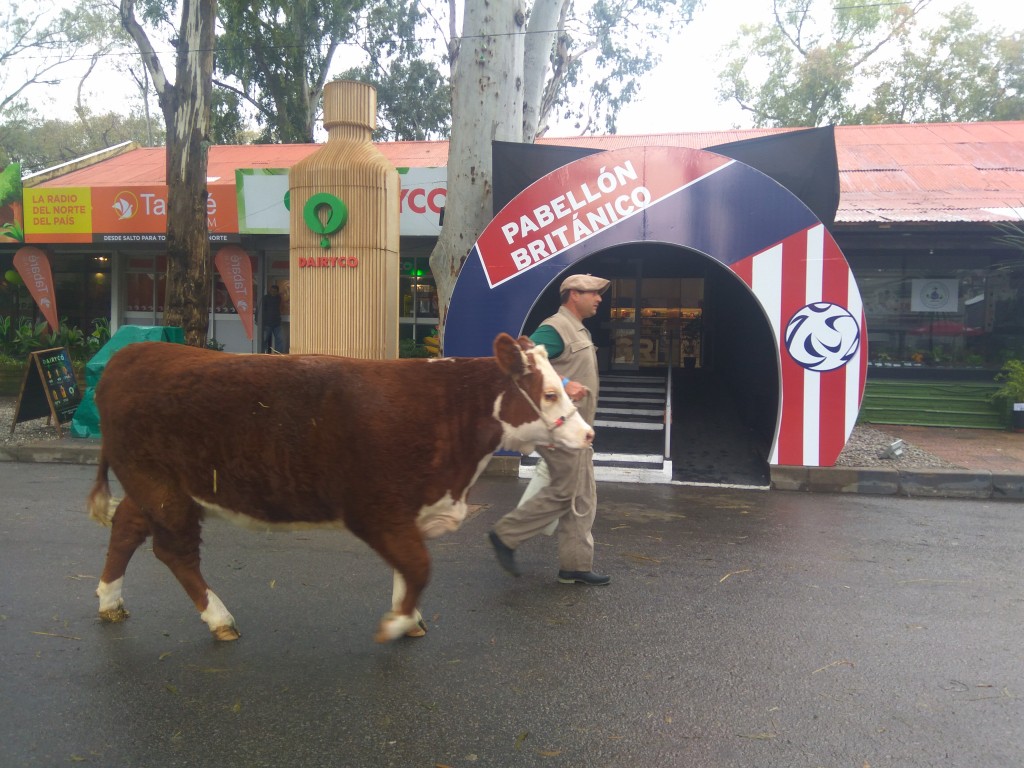 Visiting ExpoPrado, which extends over 12 days in Montevideo, is always a joy to me. Not only because of what I learn about livestock, agriculture and farming, but because of the great opportunity to see people, nurture relationships and observe what happens in the world of trade. As I always say, business in our part of the world is highly personal, so these instances are very valuable. 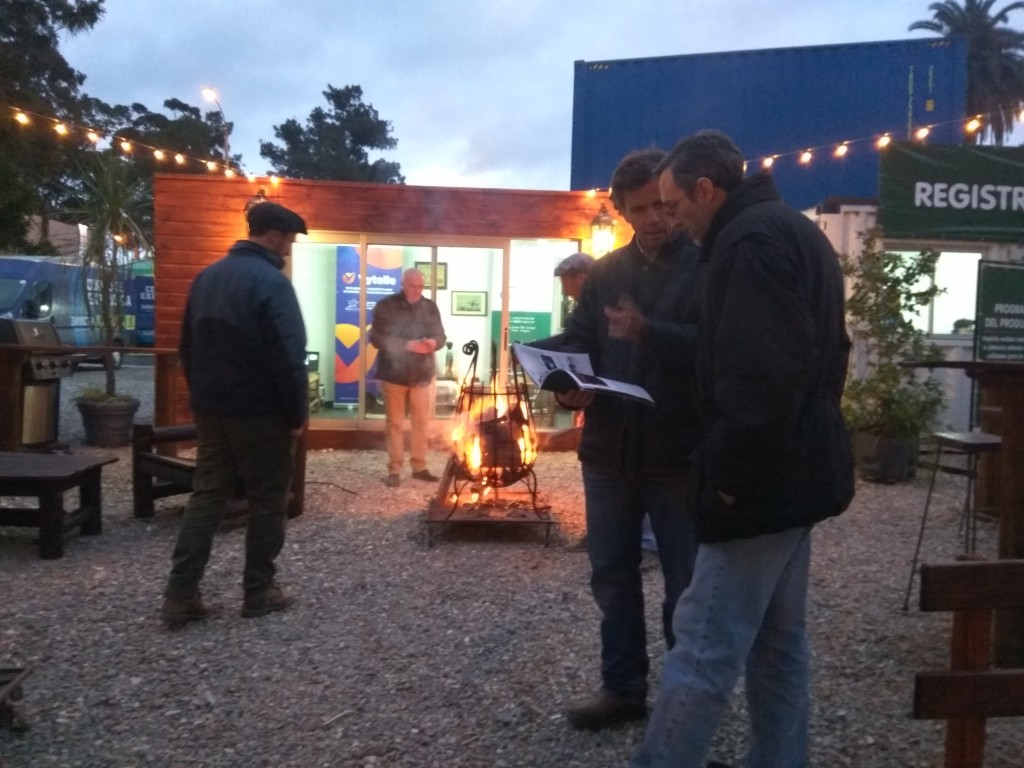 This year, my focus was on a 3-day agritech trade mission from the UK, it was a pleasure to be trusted with the task of organising the schedule of visits of the five delegates attending. Nearly 40 meetings over two days for 5 British companies with the best country experts in their fields as well as with potential distributors and partners. The work for DiT/British Embassy was challenging but the results are here to see: five very happy delegates with comments such as “there is no question that, of all the DIT missions I have been on (and this was a generally held opinion by the other delegates), this was the best organised.”  If you want to be part of this in the future, get in touch, the sooner, the better! There’s also large agricultural show ExpoActiva in March, we are attending, as usual. 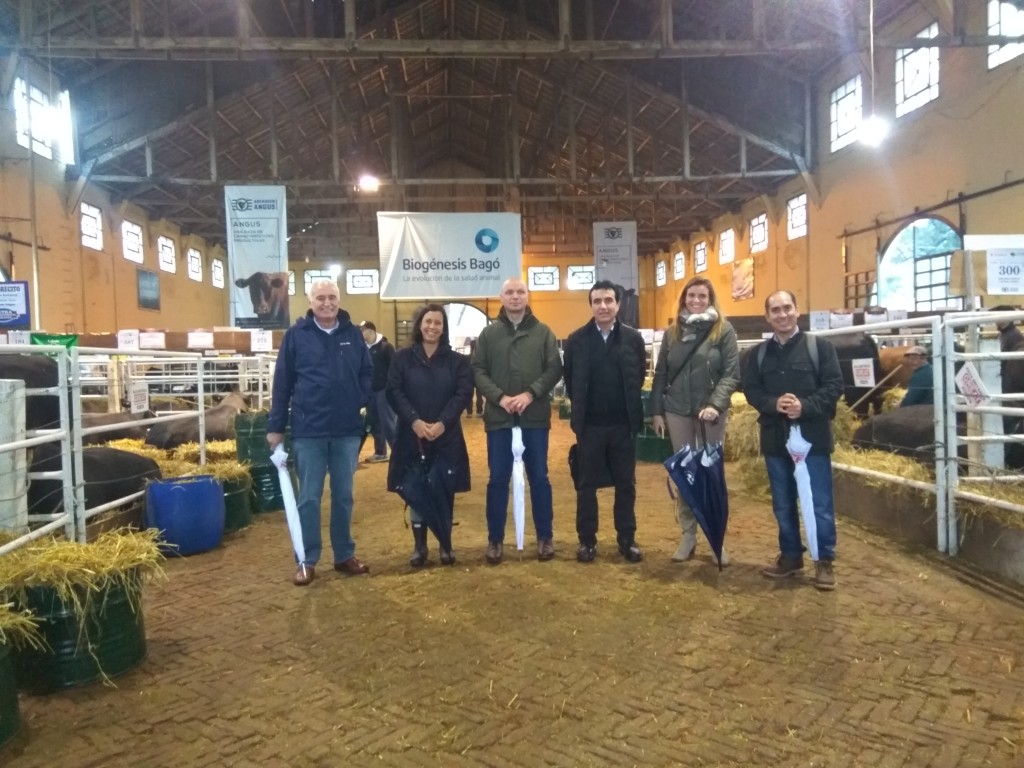 Talking about British companies, the British Pavilion this year had a football theme and showcased some very well-established consumer brands as well as some newcomers to the Uruguayan market: 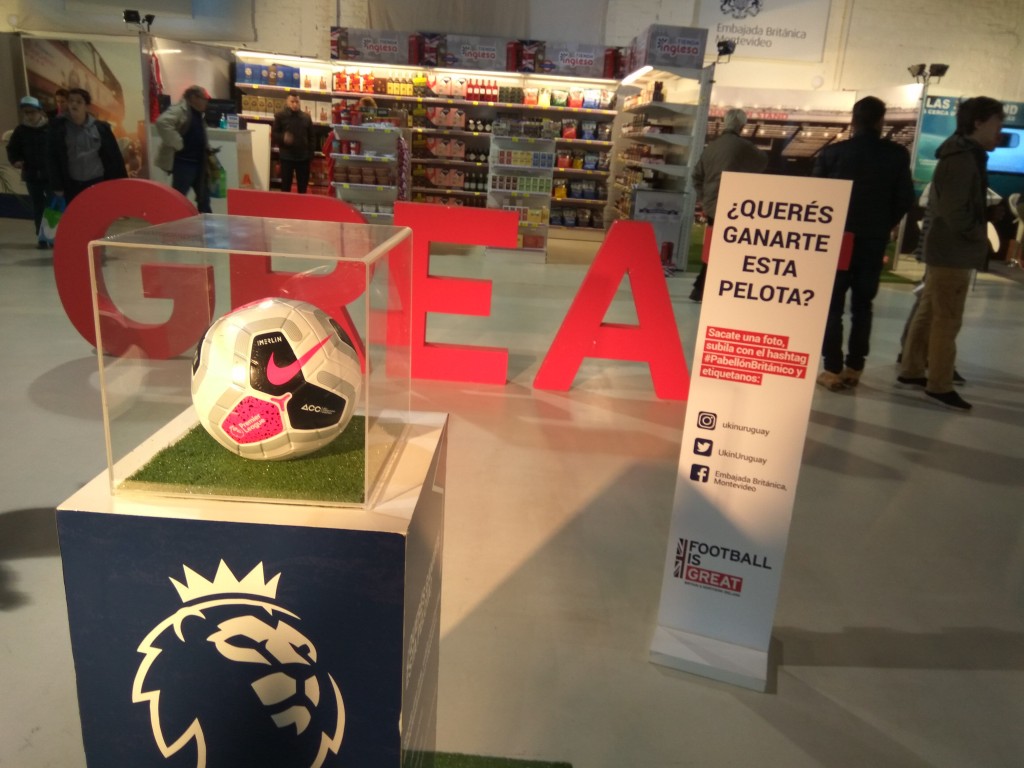 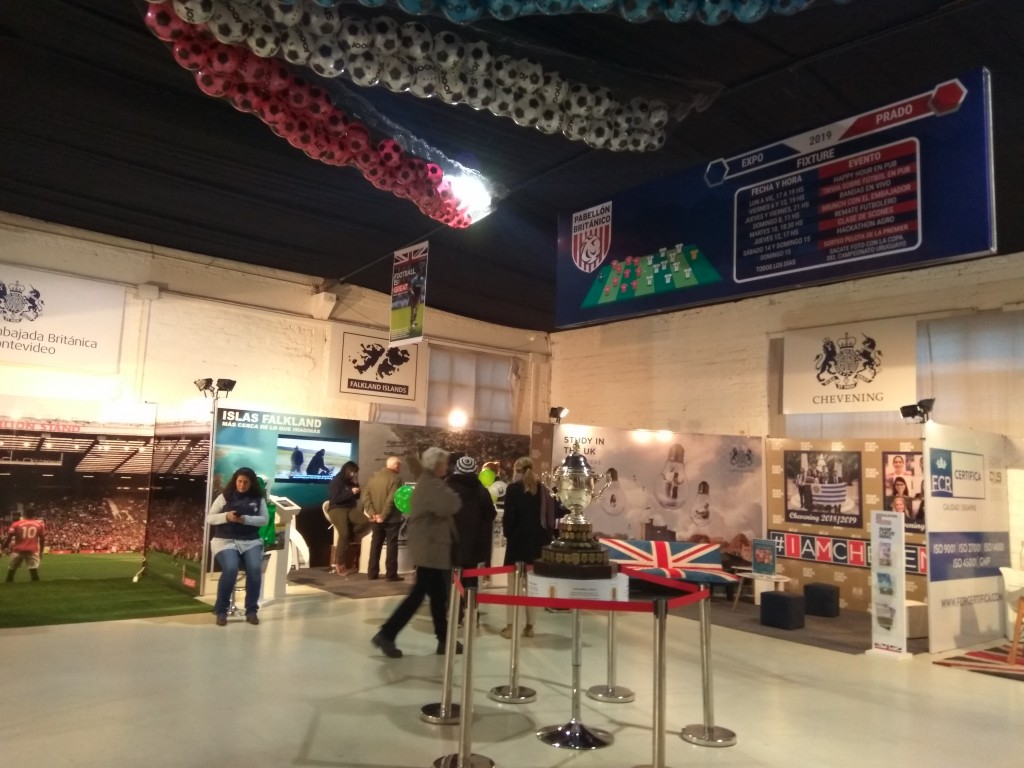 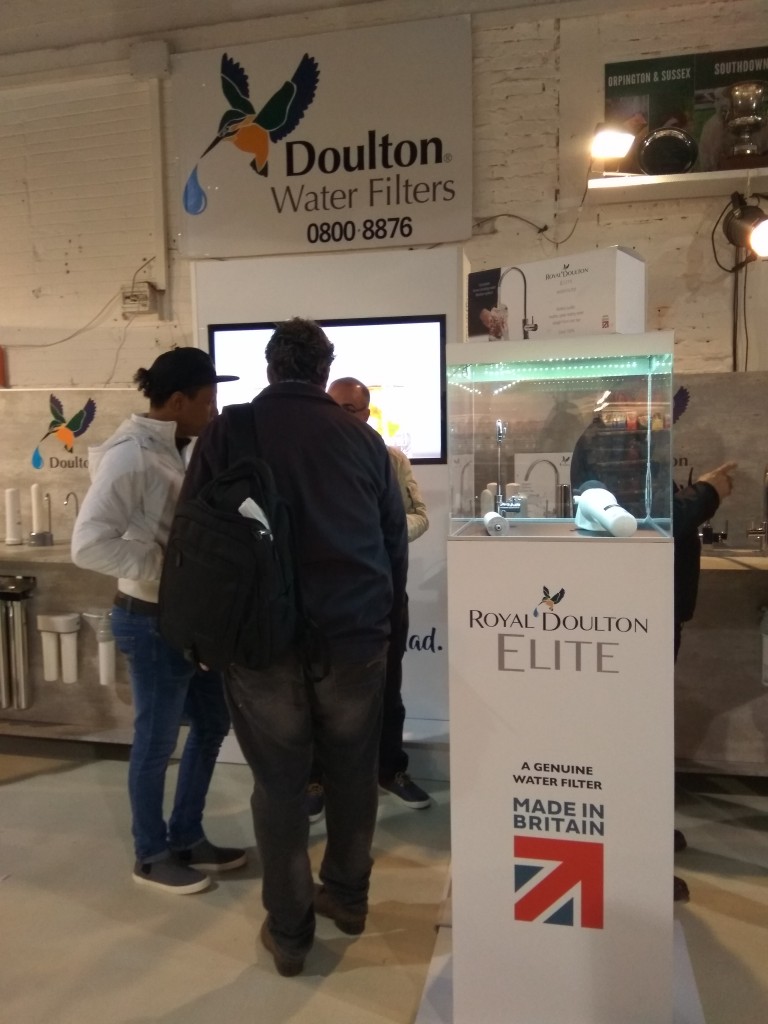 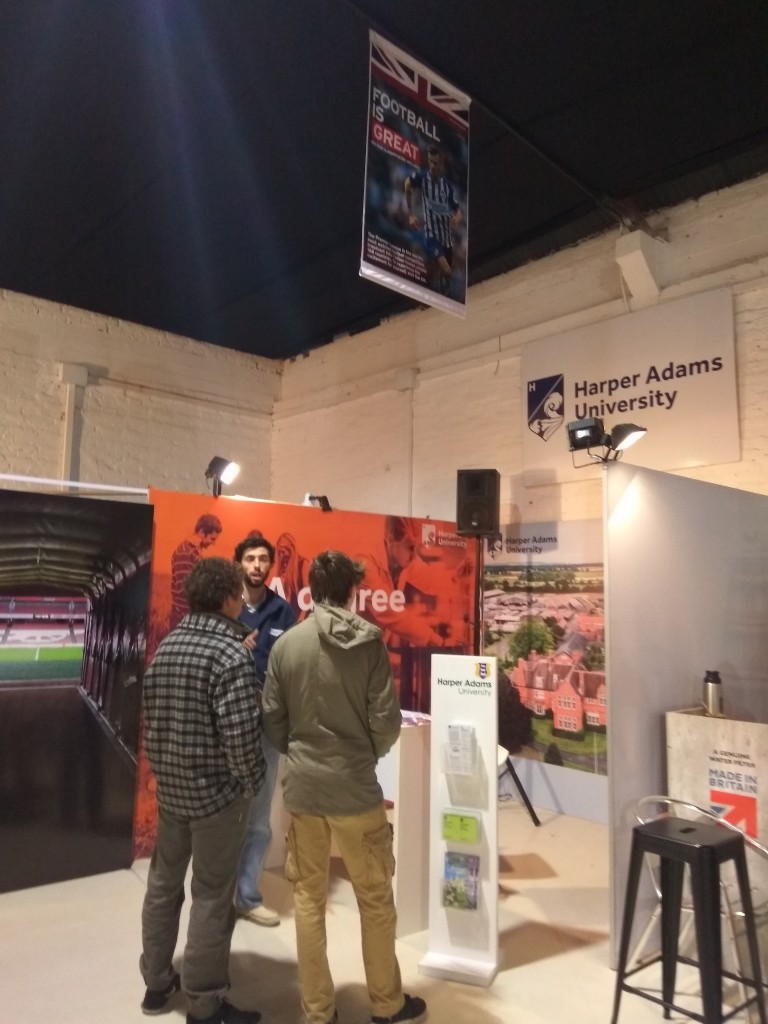 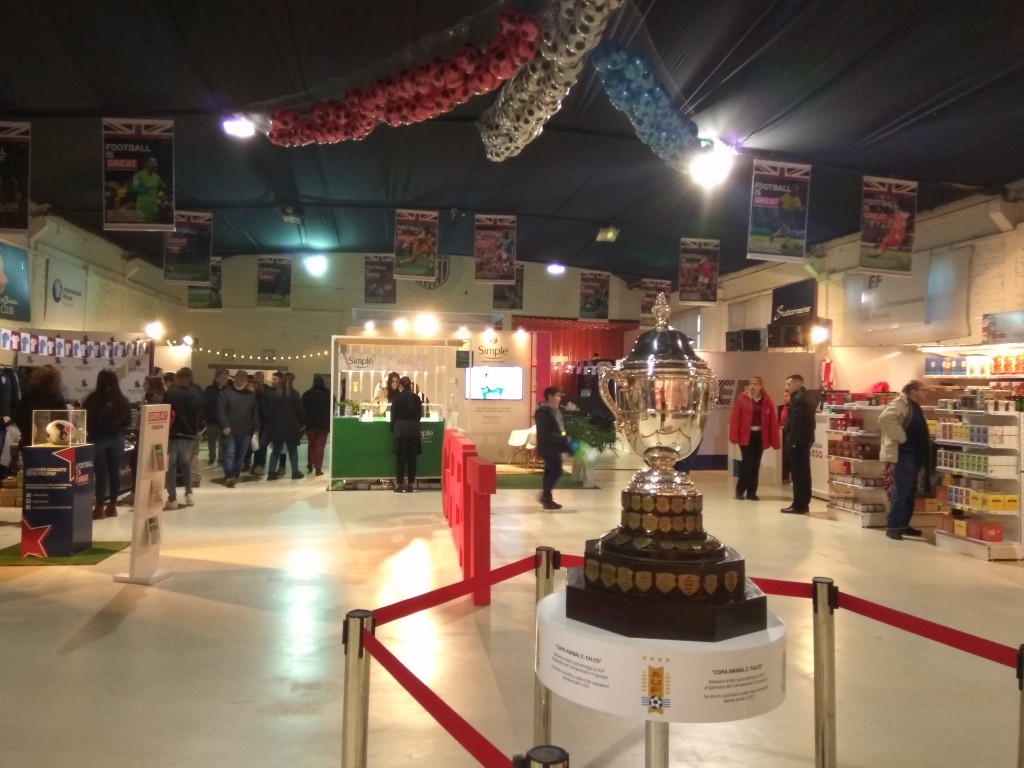 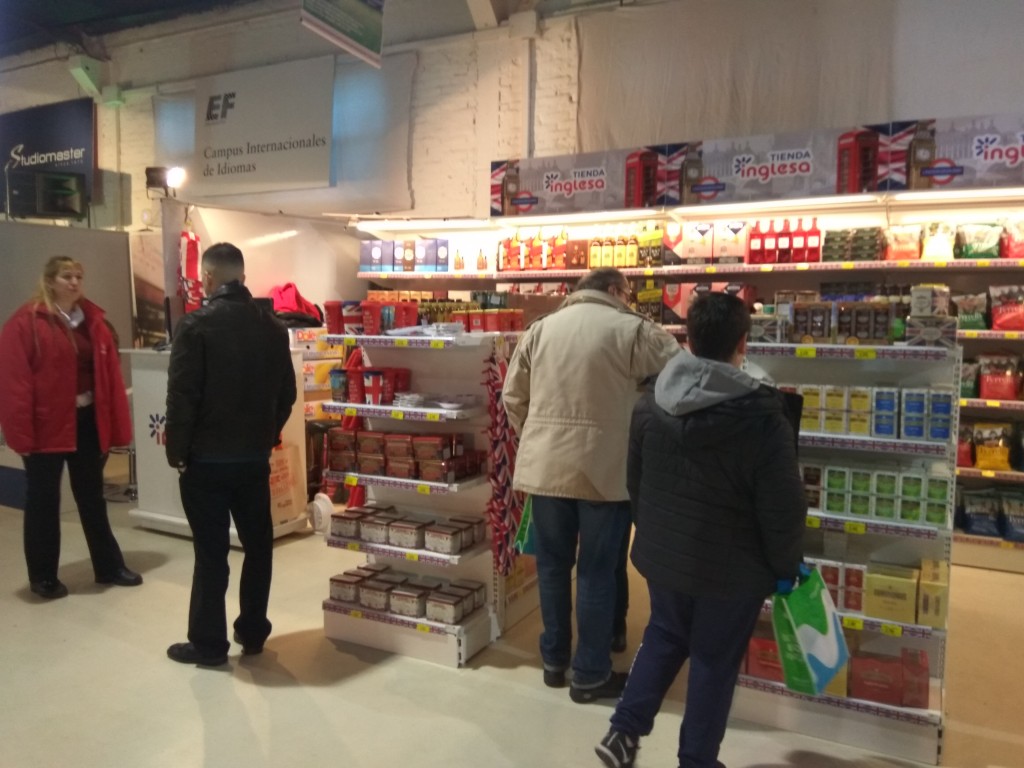 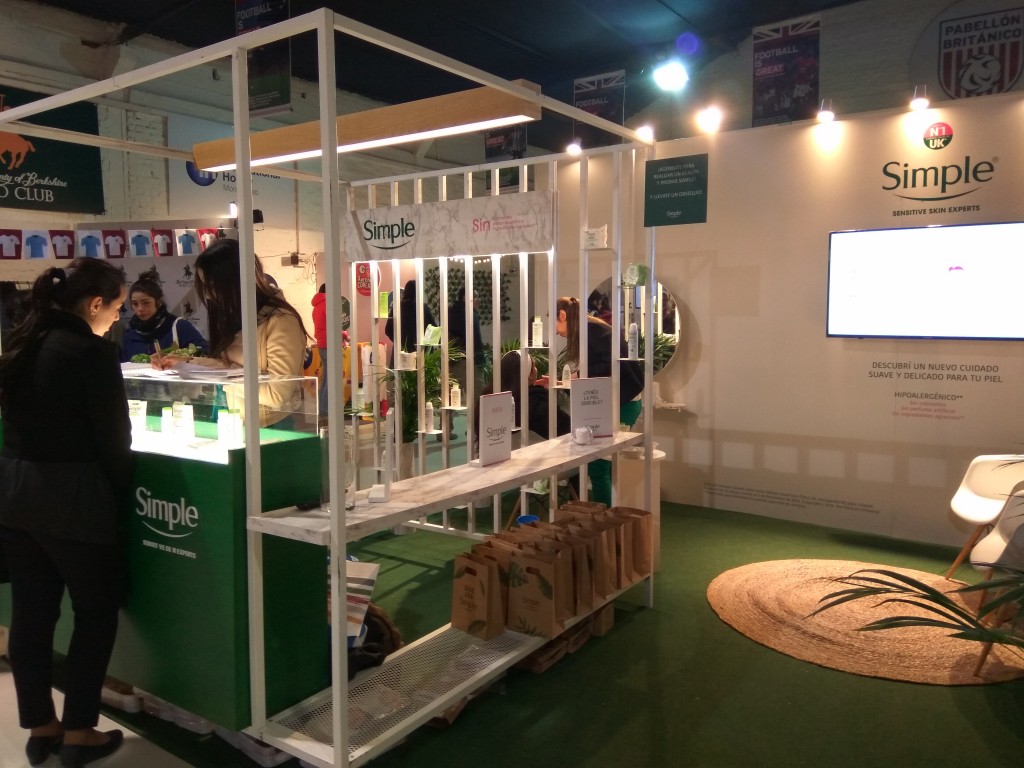 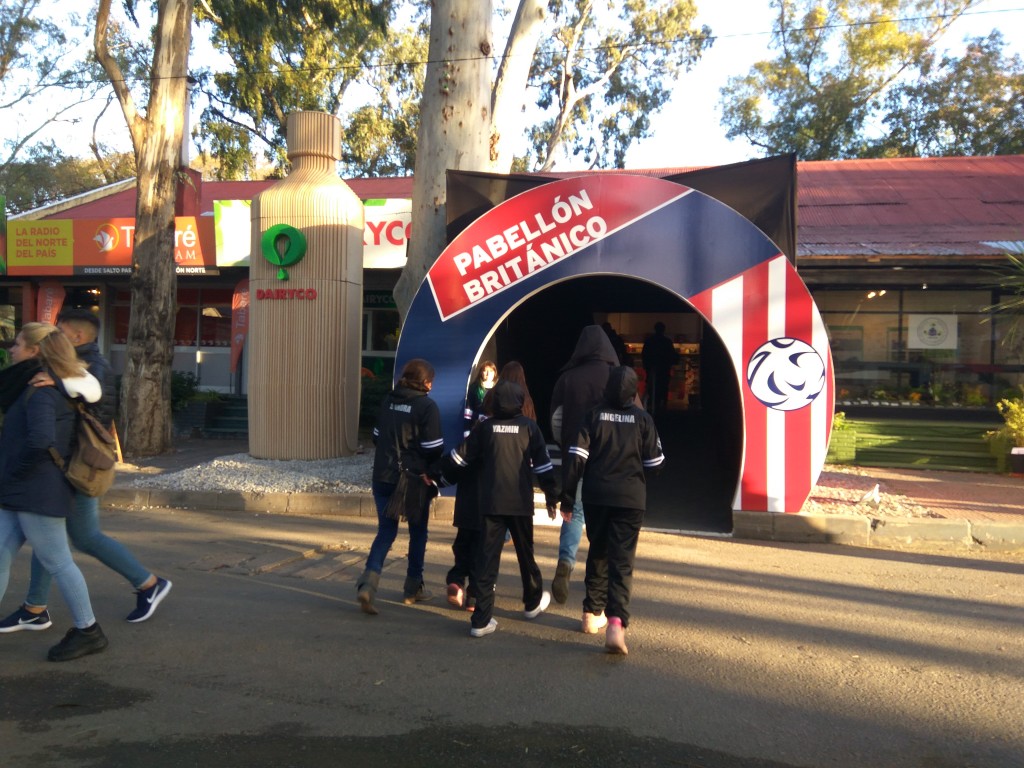 Also, ExpoPrado is the country’s largest (consumer) show, so to watch trends and see “what’s happening” is fantastic.

Another highlight of ExpoPrado are the conferences. This year, for example, all six presidential candidates were present at this event (we have national elections on 27th October): 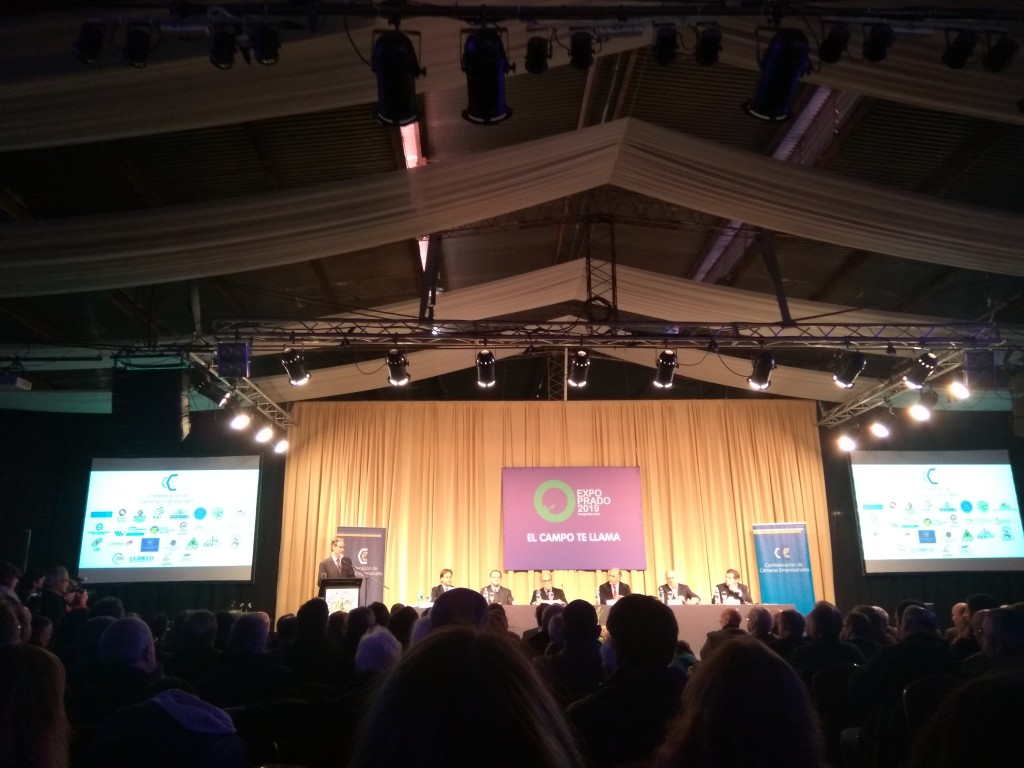 The future president of Uruguay at ExpoPrado.

By far, my favourite conference was about market access for Uruguayan beef in Japan. A couple of hours of taking in a lot of information from Daniel De Mattos, Ricardo Reilly and Federico Stanham, from Breeders and Packers (BPU Meat, now part of NH Foods), Uruguay Rural Association (ARU) and the Meat Institute (INAC), respectively: 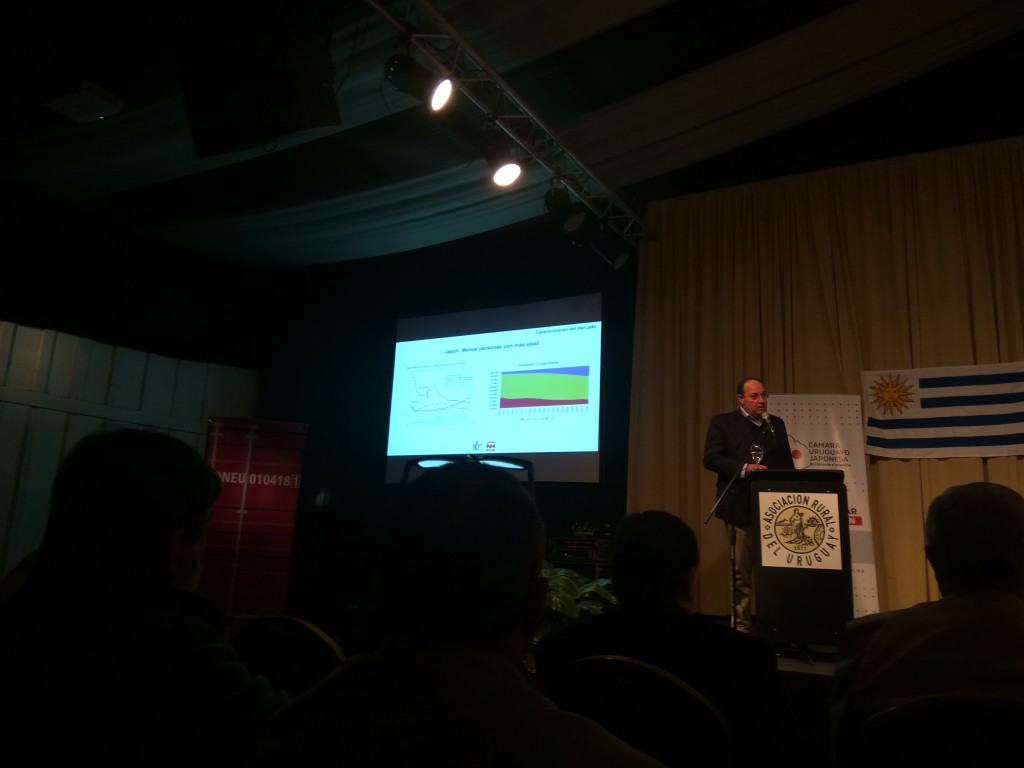 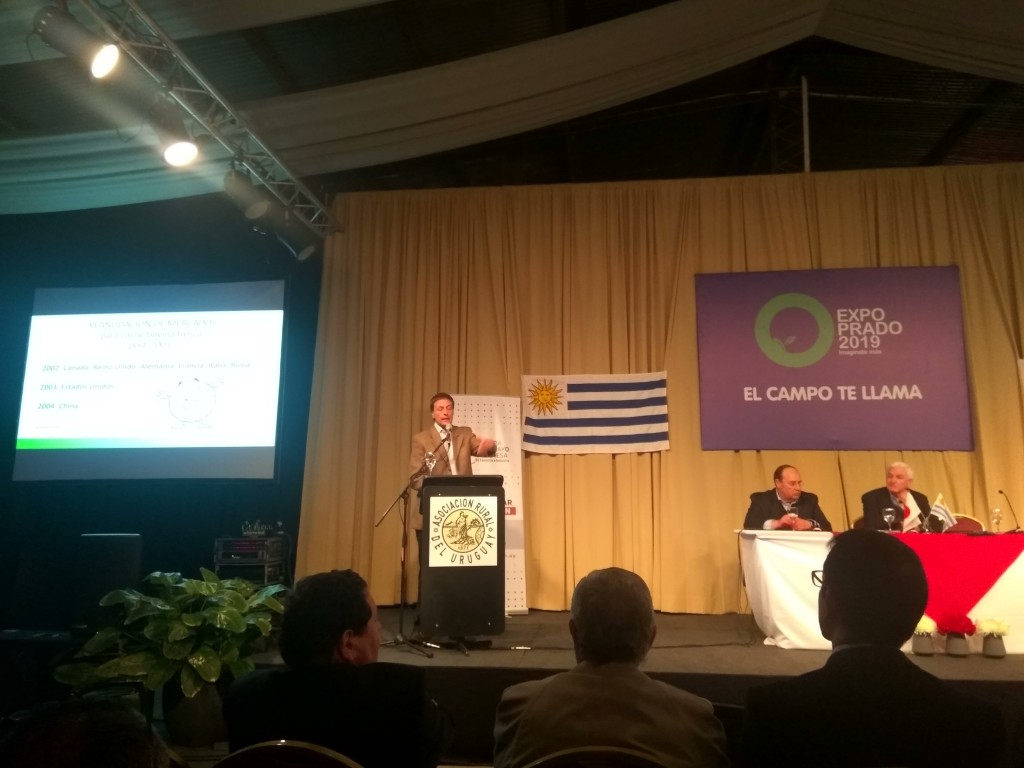 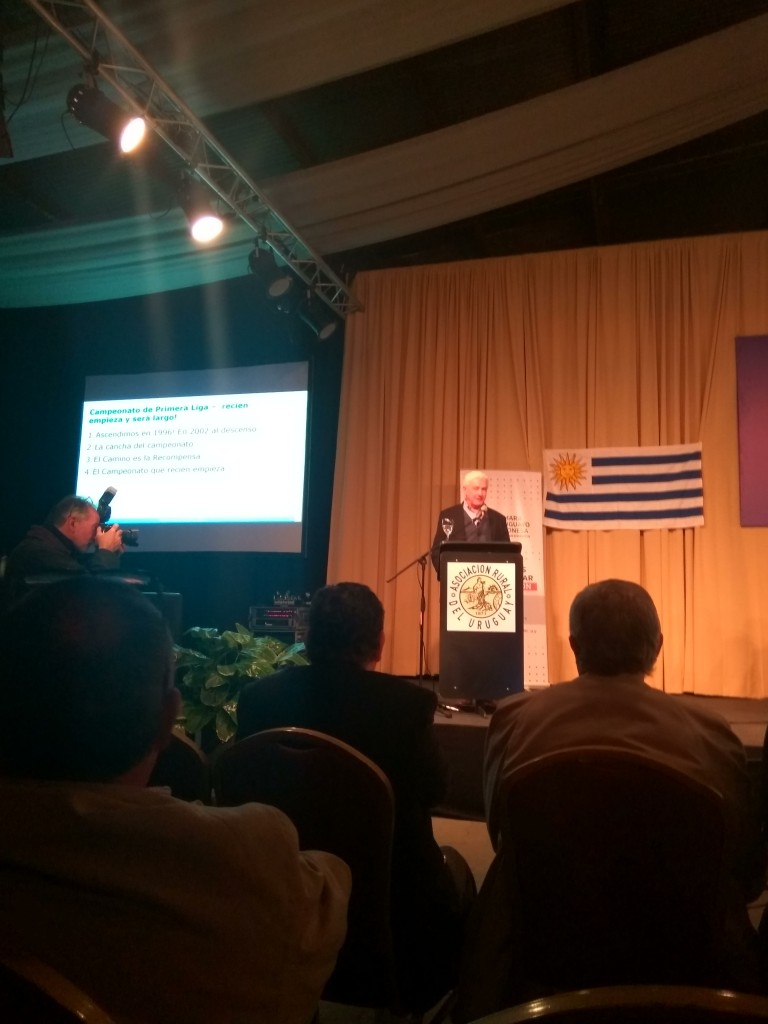 In sum, there is plenty of potential for UK companies seeking to do business in the agricultural/livestock/forestry sectors in South America, including Uruguay. Check out for example our recent blog post from La Rural (Palermo), Argentina’s best-known show. We have worked in these sectors for many years now, including for companies such as Caltech, Omex Agrifluids, PBS International and others, as well as the five companies we supported during this mission (see case studies and testimonials). We are also strengthening our team with the incorporation of agricultural consultant Matías Sara, originally from Argentina, as our sector associate. Uruguay can be a great place to start, but we can look at other markets, too, depending on your strategy and what you have to offer. So if you’d like to get in touch, we’ll grab our boots and meet you at the farm gates!