My British holidays and some export lessons for Latin America

Greetings from a very grey Suffolk!

That wasn’t what regular readers of this blog were expecting, surely, but here we are. In the last of three weeks of my UK visit. Lots of déjà vu moments, as you can imagine, and lots of tiny details you notice only once you’ve been away. For those of you who don’t know, I lived 13 years in the UK before going back to my native Uruguay two years ago. I’ve been to the UK three times in those two years, this time for a longer trip than usual.

So what did I spot during this visit that could be of use to you, if you’re looking to make Latin America your export destination for 2015? Here are just five thoughts, see what you make of them… 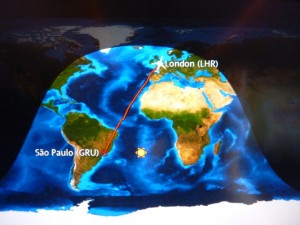 2nd bit of the journey…

Both my husband and I had forgotten just how uncommon cash transactions are in the UK now. You’ll be in for a shock if you travel across Latin America. Things are changing, but expect the great majority of day-to-day transactions to be cash. If your business is in ecommerce, make sure you can cater for customers who don’t have credit cards (or who often don’t have credit available in them) or who refuse to use plastic. My dad included.

I bought a pair of trousers in Sainsbury’s (my life is full of glamour). Then I felt I quite didn’t like them, so I took them back. “Any problems?”, said the lovely customer services lady. “No”. And that was it.

Just so that you know, you stand little chance of that happening in Latin America, with some notable exceptions. I actually returned some USED children’s pyjamas to Tesco (my jet-setting life) with a tiny hole in them because I felt the quality must have been too poor for them to get ruined so quickly. No problem. Money back. Now, that would have been basically impossible back home, the assistant would have argued with you forever that it was – obviously – your problem and never theirs. As a customer, you are presumed to be guilty until, well, just guilty.

I always think that delivering exceptional customer service in Latin America has to be the easiest way to differentiate yourself in markets that are demanding and not getting it. That’s the case with Falabella and Ripley in Chile, for example, and it’s a pleasure to shop in both, even if you pay a bit more. 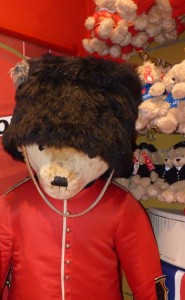 Even Hamley’s didn’t seem that expensive…

white goods. Unbelievable. What can you learn from it? That we are used to paying high prices for almost anything, and that you’re unlikely to be as priced out as you might think. Watch for high import duties and inflation, though. And if you’re in tourism (remember that’s one of the UK’s top exports), then tapping into Latin America right now is a fantastic bet.

Buy a toy in Britain (think Early Learning Centre, for example), and it will last years and serve generations of children (I can prove it!). The same applies to so many other goods (I have a friend whose number one priority when arriving in the UK is buying M&S socks “because you just don’t get that quality for that price here in Uruguay”). When I take these goods back home, people always comment on them with a “you clearly didn’t buy that here, right?”

So make the most of it. Show the quality of what you’re making and/or selling. It might (or might not) be as cheap as what’s available in other markets, but it’s unlikely to be beaten on quality. And there are people who appreciate that and pay for it.

Picture this: I arrive in Britain on 27th December. I am clearly keenly waiting to hit the Christmas/New Year sales. I go to the shops. And I find very, very little. “It’s all online, now, really”, I get told.  Oh.  I don’t find those shoes in that size, and I hear, “have you checked online?”, from the Clarks assistant.  And, no, they don’t have blue navy school trousers in M&S “but you can find them online”.

I see. I HAVE to shop online, then. Well. Living in Uruguay for two years, I had nearly forgotten about it. Not just the shopping, but the delivery. Latin Americans don’t rely much on their postal systems, for many reasons. But that’s why this new “click and collect” British trend is something I could see catching on in Latin America. Interested, anyone?

And I leave you with two things that just made me grin:

We were invited to a lovely restaurant in Suffolk called 745. That’s because there’s only one sitting, at 7.45pm. Why did I smile? 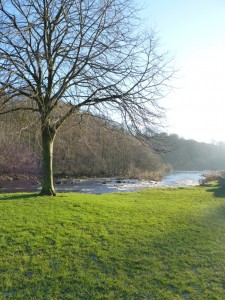 Well, apart from 7.45 being rather early for dinner back home, I just can’t imagine everyone turning up on time. It would just be impossible (unless they were American tourists). I’d love to hear if anyone’s tried it anywhere South of the US…

Also, we used the “Scan & Go” system at Sainbury’s. I’m not saying everyone in Latin America is dishonest, but I just could not imagine anything like that being implemented. Some supermarkets are seriously trying to implement self-service checkouts and they’re struggling.