Our previous blog focused on multilatinas, those Latin America-born companies that have gone truly global. As we pointed out, out of the top 80 multilatinas ranked by America Economia, 18 are Chilean. Understanding why will help you understand the Chilean market better. 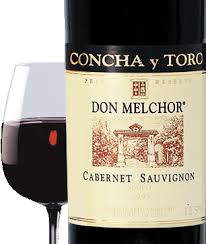 One of Chile's most recognised multilatinas.

Chile tends to be one of the “test” markets for overseas companies seeking to penetrate Latin America, from Gap to Waitrose. This month I found myself doing three concurrent projects on Chile. We explored why in a previous article, but today let’s focus on the opposite, why Chilean companies reach out for the world – and what this means to you.

For a country relatively “small” for Latin American standards (compared to Mexico, Brazil, Argentina, Colombia, Peru…) the number of Chilean multilatinas might seem high. But it’s exactly the small size of the internal market combined with an open economy and a truly global mindset that pushes Chilean companies abroad relatively quickly.

So here’s just some of the lessons:

1-    Chile is a relatively small market of 18 million people. Strong growth is not always accompanied by social inclusion so your actual market in Chile, very much concentrated in the capital, Santiago, might actually be quite small. However, this is actually one of its main attractions for overseas companies, particularly compared to the immensity of Brazil, for example.

2-    Chile is a very price-sensitive market, partly due to a conservative/moderate culture, partly due to high competition due to its economic openness. If you’re trying to sell actuators or underwear to this market, you can be sure that someone is there already. If you can compete on price, great, otherwise, you will have to think your pricing and marketing carefully to aim for a (much smaller yet less price-sensitive) market segment.

3-    Chile has enormous human capital particularly in management, and its highly-qualified experts are sought after across the continent. Let me give you just two real examples. I recently attended a conference by the CEO of the largest private investment project in Uruguay, the Montes del Plata pulp mill. The CEO, Mr Erwin Kaufmann, is Chilean. I was also visiting a client’s distributor in Chile who deals with the electricity market. They told me that experts from their utilities companies, particularly in energy theft, are often asked to advice governments as far as in Dominican Republic. This makes Chile a very exciting market to start new operations that involve employing highly-skilled management and other experts, but also a great market to learn from, and a tough one to compete in.

2-    Falabella. Retail giant. Check it out online or, even better, come to see it. From luxury confectionery to designer clothes, they have it all. Suss out your competition or look for a niche. And it gets better: Chilean retailers tend to love British retail brands…

3-    Compañía Sudamericana de Vapores (CSAV). One of the largest shipping companies in the world, controlled by Grupo Quiñenco. Selling maritime software or engineering? A key target, then.

Did we just mention Grupo Quiñenco? Who are they? One of the many hugely powerful economic groups in Chile, and Latin America. Interested? Then keep coming back because our next blog will be on these fascinating and influential business conglomerates – better to know them!

Don’t want to miss out on our blogs?