This picture caught my eye on Twitter this week*. It shows how some basic things we take for granted – like taking a corner in a football match – have to be adapted to different realities. 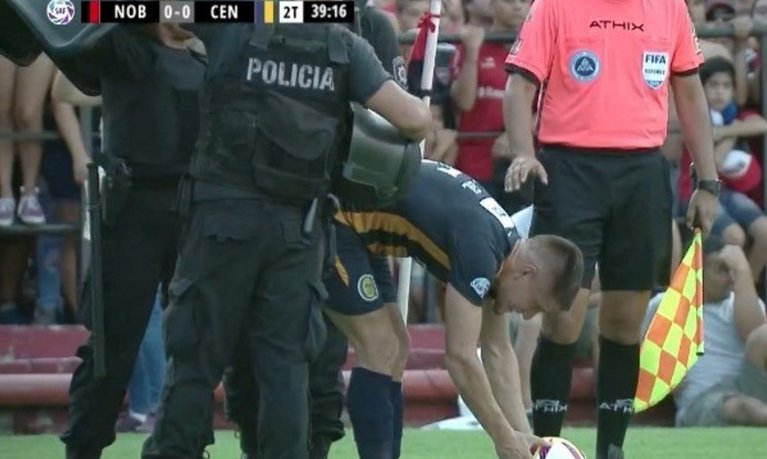 There’s lots of sadness behind it: that a player has to be protected by police shields to, well, play – let’s not forget it’s a game after all, is frustrating to say the least. The picture, from Argentina in this case, got me thinking about how important it is to understand someone else’s reality, particularly when entering a new market.

Just like this player needs the police to protect him to do his job:

You’ll have to adjust your expectations to the reality of the markets you are aiming to grow your business in. It’s not all bad news, there’s opportunity in those failings but also in other (more positive?) aspects of life in Latin America – for example, did you know that…

People do business with people – make sure you genuinely understand the reality of the people you deal with in Latin America – whether you are selling shields, CCTV solutions, fintech, ready meals or greeting cards.