Renewables & Uruguay: what does a lawyer got to do with it?

Last week I had the pleasure of having a good chat with former schoolmate of mine and now lawyer Pablo Diaz here in Montevideo. He introduced me to Gonzalo Irrazabal, a fellow practice member who specialises in renewable energy.  Gonzalo has participated in the set up of some relevant renewable energy projects in Uruguay, providing legal and tax advice to investors.

I understand that renewables are pretty big across Latin America (if you’ve signed up to our newsletter you’ll see the topic keeps coming up in our pick ‘n’ mix column, as well as on our twitter feed), and Uruguay is no exception. But to have a lawyer focusing on renewables was new to me, so I decided to pick his brains and see what I could learn.

First of all, let’s put things into context. As Gonzalo highlighted, five years ago the Uruguayan energy matrix was totally undiversified, with 95% of our energy coming from oil and gas (which we have to import), hydroelectricity and biomass. This energy matrix made the country vulnerable since most factors were outside its control, such as oil prices. I also remember from a young age in Uruguay, linking droughts and power cuts: you knew that if it didn’t rain for quite some time, relying on hydroelectricity was tricky, to say the least. 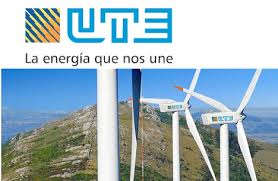 Interested in energy & Uruguay? You must get to know state monopoly UTE soon.

So in 2008 the Uruguayan government approved a new energy policy to take it to 2030, which I think is to be applauded, reaching agreement from all political parties. This policy had different objectives: (i) to diversify the energy matrix with a great focus on renewable energy (wind, photovoltaic and biomass); (ii) to obtain the so called “energy sovereignty”; (iii) to reduce costs; (iv) to activate a local energy industry and (v) to reduce our dependency on oil.

When this legislation was approved, private investment first focused on wind farm and photovoltaic energy projects. However, since 2014 Gonzalo has observed an increase in projects related to biomass. Gonzalo emphasised that, in Uruguay, this is no longer solely relating to wood and residues, but also to bamboo, which was a bit of a revelation to me.

The other lesson from talking to Gonzalo was the focus on generating energy for private (including business) consumption. Looking at my energy bill in Uruguay

One of the many private companies in energy generation in Uruguay.

every month (which this year reached a mind-blowing £150 for a 3-bedroom flat in July, our coldest month), I can see why individuals and businesses are keen to generate their own energy. I know that energy prices are driving our country’s already challenged industrial competitiveness down (particularly when compared to Argentina, where energy prices are heavily subsidised), but Gonzalo put some numbers to this concern: for a textile business in Uruguay, energy represents 28-30% of costs. Maybe time to invest in generating it yourself rather than relying on the state energy monopoly?

Finally, it seems that energy audits are now taken seriously in Uruguay, and there’s scope for business in that area, too.

Irrazabal & Asociados work in renewables involves reviewing contracts, advising investors and working on risk prevention, as well as the more day-to-day tasks of helping new businesses set up operations in Montevideo and trade locally and regionally. Again, the importance of maximising the benefits of free trade zones and working out the best structure for a business is also that Gonzalo, Pablo and their team focus on. 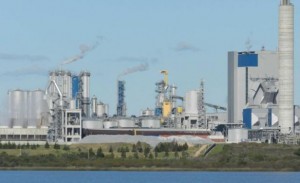 Do you have any questions for the team of lawyers at Irrazabal & Asociados that you would like us to address on our blog?

Leave us a comment and we’ll do our best to help!