Jobs fascinate me. Why people do what they do, why and how they get paid, the choices they make.

When you’re entering a new market, or developing your sales in it, you don’t need a PhD in labour economics, but paying attention to how things actually work in the labour market will tell you so much about a country, even if you don’t intend to set up operations there.

What jobs in a country tell you about it, can really help you understand the country more broadly, not just its labour market.

Take Uruguay, for example. I lived 13 years in the UK, away from my home country and now I’ve been back for nearly two years. And there are still jobs here that you just wouldn’t find in the UK. Here are just four of those jobs that tell you a lot about a market… 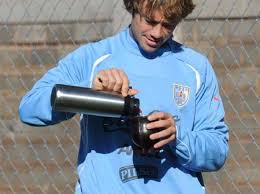 That’s one job you won’t find in the UK. Mate pourer, I mean.

This one used to drive me mad when I first arrived in Uruguay and I know it’s the same across the whole of Latin America (they’re called “franeleros” in other countries). They seem to appear from nowhere every single time you try parking anywhere here in Montevideo. Why do you need someone to show you how to park?

Well, three things here. First, I’ve seen fellow Uruguayans do parallel parking and, believe me, most can do with a bit of help, to put it nicely. 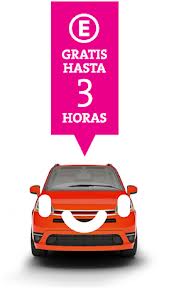 Or you can just park at a shopping centre.

Second, although the level of security they can provide is limited, criminals are less likely to cause trouble with cars attended by these guys than those left unattended. As with so many jobs in Latin America, they’re providing what the public sector fails to provide (even though we pay extortionate taxes).

However, there’s a third issue here, which I’ve been observing for a while, particularly on busy roads or at busy times such as school pick-up. Driving and parking is pretty chaotic and parking attendants do fulfil a subtle function of keeping everything in order. At our school, for example, they help to keep a space free for the school van (when kids come back from swimming, for example). Yes, they could use cones, but people would remove them. Yes, they could pain double yellow lines, but people would ignore them. Job done.

Another one that annoyed and confused me deeply, until I learnt to value it.

Why do you need someone to stop a cab for you? Aren’t you pretty capable, most of the time, of doing it yourself? Taxis in Montevideo have a clear red light on when they’re free and you can stop them basically anywhere.

I confess I use Brazilian app EasyTaxi and I find it a breeze. Friends and colleagues in Bogota, Sao Paulo, Lima and Santiago also use similar apps. However, I find myself heading for the taxi rank when taxis are really, really hard to find. Like so many others, I’d rather delegate, for about 20-30p, the hassle of having to literally hunt down for a taxi, particularly when there aren’t apparently any taxis and when it’s pouring down (rain can be very heavy here) and you have kids/bags/etc with you. In those cases, taxis won’t stop for me, they will only stop at the rank.

If you’re dealing with Latin America, you will know how frustrating, time and money consuming bureaucracy can be. And Uruguay isn’t actually the worse, I can see a lot of improvement compared to 15-20 years ago. Having said that, even if you’re local or travel here often, you could spend a lifetime helplessly navigating public offices.

Well, that’s literally what a “gestor” does. I even struggle to translate the job title… A “gestor” is someone who helps you out (for a fee or monthly retainer) with all the paperwork, from registering with the tax office to submitting information for sanitary, customs, and other permits, licenses and regulations.

Again, if things were more straightforward (you can do very little online or by post here), this job wouldn’t exist. But let’s be grateful, at least there’s someone to rely on!

Yes, I know notary publics exist in the UK. But tell me, how often have you used one? Since arriving in Uruguay, I’ve never gone more than a month without speaking to one. From a mistake registering a birth certificate through to buying a used car, from renting a house through to designing a confidentiality contract.

Legal systems are notoriously complex and bureaucracy (again) ranges on a scale from tricky to uber-challenging. Get one piece of paper wrong and you’re done. 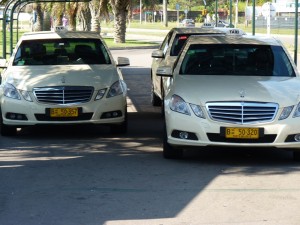 Taxis in Punta del Este. The ones in Montevideo definitely don’t look like this anymore.

And some more to get you thinking:

–          Supermarkets still tend to have people to pack your bags for you, although I see this has notoriously diminished (apparently, they tip them in Chile, not here in Uruguay).

–          You still get people to fill up your tank at petrol stations (we don’t do self-service very well yet, people like to be attended to).

–          All-rounders or “cadetes” are key, even for small businesses, particularly those with a motorbike, and can take paperwork, post, cheques, etc, from here to there (yes, if we had an efficient postal system, less bureaucracy and more online payments, things would be different).

–         Finally, one from my dad: because at supermarkets in Uruguay cashiers can’t weigh your fruit/veg (technology hasn’t quite caught up there yet), and because customers can’t clearly be trusted to weigh and label their own stuff, you need someone whose sole task is to take your fruit/veg back, weigh it and label it. My kids could do that before they started school in the UK and are still confused as to why someone’s job is to do something they could do…

What I find fascinating about jobs and labour markets, and you’ll see it from the examples above, is how they adjust to their reality. When there’s a will, there’s a taxi driver, a gestor or a notary public to help you all the way.