Hugo Swire, the FCO’s Minister for Latin America, was here in Uruguay yesterday with a busy agenda in between visits to Chile and Peru. I had the pleasure of attending an event at the British Embassy in Uruguay centred around a presentation by PWC on an upcoming report about trade between the UK and Uruguay in the past 10 years. 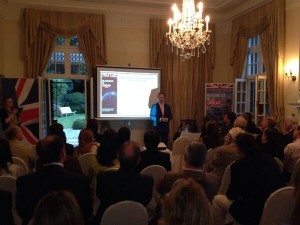 Now, trade between the UK and Uruguay is something that touches me professionally and personally. I studied Economics in the UK and lived there 13 years with our now very British-Uruguayan family. Trade between Uruguay (and Latin America, more broadly) and the UK is what I do every day. But there’s always something new to learn and important points to share, so here is my summary from the Embassy event: 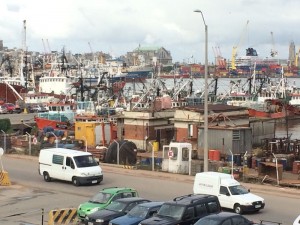 Ports and infrastructure: a key area identified by PWC for UK-Uruguay trade

Mr Swire asked about luxury goods and tourism, which were not covered during the presentation. I was pleased to be able to contribute with a short response. I mentioned that in luxury, Uruguay has Punta del Este as a key test market and also as a luxury centre for the Southern Cone of South America. I also mentioned that free trade zones in Uruguay serve well the regional luxury market. Regarding Mr Swire’s question on tourism, I said that, thinking laterally, Uruguay can be a great hub for tourism companies from the UK, for example setting up call centres and other services. And again, Punta del Este can be exploited further by the British tourism industry for attracting potential visitors. Someone else in the audience also reminded us that duty free shop (DFS) statistics were not included in the PWC report and Uruguay has strong DFS retail given its borders with Argentina and Brazil.

Mr Swire also made some comments about the UK being a training ground for Uruguayan footballers (he confessed contemplating the thought of changing his surname to Suarez) and mentioned something about “the British team” beating Uruguay in the World Cup this year. Not sure how Scottish, Welsh and Northern Irish fans will feel about the England football team in a World Cup being referred to as the “British” team, but I’m just picky (I lived in Scotland and Wales, so I’m well-trained!).

Swire mentioned that England has never (yet) beaten Uruguay in a World Cup.

With big thanks to the British Embassy in Uruguay for the invitation and their hard work in putting together this event. You can follow the Embassy on twitter at @UKinUruguay