The M of the MINTs

The BRICs are so uncool and the CIVETs nearly forgotten. Now it’s time for the MINTs. That’s Mexico, Indonesia, Nigeria and Turkey. Roger Bootle from The Telegraph wrote about the MINTs this week and BBC Radio 4 gave the new Fab Four quite a lot of coverage this month, too. Now, we can all guess there’s always a wee bit of media hype involved with these “new exciting unbeatable amazingly growing markets”. I think a lot of it is due to the fact that British media coverage on emerging economies is so poor (unless you read the FT or The Economist) – so anything that covers Mexico, for example, comes as a bit of a surprise. About business in Mexico, that is, as opposed to drugs in Mexico (sounds like Colombia in the 80s, right?).

So is the hype justified? Should you now change your 2014 export strategy (‘cause surely you have one, right?) and head over to Mexico?

First of all, let me tell you something…  the cleverest British exporters have known the potential of Mexico for a long time now. Since starting my own consultancy three years ago, I have been involved in more than one Mexico project, from prams and chocolates, to cable cleats and industrial automation. 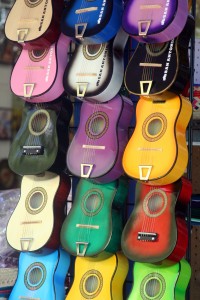 Mexico and the MINTs: Music to your ears?

Mind you, things have changed in the last few years in Mexico – the key word now is “reform”. A new(ish) government that has promised huge reforms and is now under pressure to deliver – and this touches one of Britain’s key export industries: energy. So if you’re thinking of Mexico, you’d better get a comprehensive picture of what this energy reform means.

The rest still applies. I don’t want to bore you with repeating what has already been said, but let’s bring the conversation down to British SME level and say that:

Doing business in Mexico can show great potential but if you’re heading for the next team meeting, make sure your business can deliver on the following:

–          Patience: Mexico will test your patience and resilience to the limit. It is slow, bureaucratic and complex, apart from generally quite corrupt. Of all Latin American countries I have dealt with, I have found it the one that requires most energy and perseverance. Speaking to a Mexican consultant not long ago, in total desperation, I said “but I called them 20 times and emailed them 50” – and she replied “oh, this is Mexico, you have to call 40 times and email 100”. Point taken. Can you afford to?

–          Resources: business is personal and face-to-face approaches are essential. You will be expected to visit regularly.

Mexico is a wonderful country that has a lot to look forward to and amazing resources to make it possible. There’s a lot more to Mexico than being the M of the MINTs.