Business Opportunities in the Falklands

How much do you know about the Falklands? And I don’t just mean the history, I mean the place – as it is now?

The Islands are situated in the South Atlantic Ocean, 400 miles from the South American mainland. The Falklands are approximately the same size as Wales with about 75% of the 3,000 population living in the capital Stanley.

I recently attended a presentation by Dick Sawle, a Falklands’ lawmaker, here in Montevideo. He made the point that despite differences of opinion in some political areas, there are so many areas that they and Uruguay can capitalise on together. 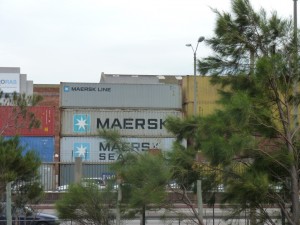 This made me keen to explain the business prospects of trading with the Falklands. It may seem like a small market but they have growing sectors that shouldn’t be overlooked. There are massive opportunities there in industries such as tourism, oil and gas, fishing and agriculture. The biggest barrier is that their internet connectivity is poor but this can be worked around.

The self-governed Islands are currently seeing a period of growth and change including tax incentives and immigration reform.

Fishing is 68% of islands’ GDP and their other main exports are wool, meat, fish and tourism.

Interestingly, 89% of imports are from UK, 6% from Chile and 4% from Uruguay.

Montevideo could be a perfect base from which to trade with the Falklands as it is only four days away from the islands by boat. Uruguay also happens to be a rather nice base for doing business with Argentina and Brazil, too. As we at Sunny Sky Solutions are situated in Uruguay we are in the perfect position to help businesses looking to trade with and between these countries.

To sum up, I found it fascinating to see the wealth of opportunities arising from such a small, unique and remote place. It was a lesson for us (both me personally and Uruguay in general) to realise that the Falklands are closer than you’d think. And that they’re open for business…