The role of women in manufacturing, technology and engineering varies considerably across the world and it is still a hugely 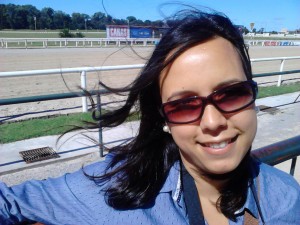 The girl likes her horseracing. And she has a life outside work...

debated topic both for businesses and governments in the UK. So what happens when these (very capable and talented) women travel abroad on business? Let me give you some food for thought with respect in particular to Latin America. Now, I am a woman, under 40, run my own business and often work on behalf of UK manufacturers. I was educated both in Uruguay and the UK, so can see this from both perspectives – but don’t expect my opinion to be totally unbiased. As anything to do with gender, it is way too subjective.  Without further ado, here are some tips and some ideas to get you thinking about doing business in Latin America…

–        Not all Latin America is the same.The attitudes towards women in business, and women particularly in engineering/technology/manufacturing vary considerably across the continent and even within one country. I’ve found Mexico to be the toughest (you will probably often be asked who your boss is or whose secretary you are) while things are a lot more open down in the Southern Cone of South America (Chile, Uruguay, Argentina, Brazil). After all, three of those countries have recently had female presidents and let’s remember that Brazil’s oil and gas giant, Petrobras, is led by a woman.

–          Expect personal questions. One huge cultural shock when coming back to live in Uruguay after 13 years in the UK was the straightforwardness of the questions and how personal I found them. “So, are you married? Do you have children? Do you have to travel often and leave your family? How old are you? Do you find it strange being a woman in this job?”. Yep. And all within 5 minutes of meeting someone for business. Whatever you reply to this is your call. But don’t think, like I did at the start, that people are trying to judge you all the time and that they mean it negatively. A lot of the time, they are just impressed. And they are trying to work out who you are as a person. They need to know they can trust you, and they need to know who you are, before doing business with you (that applies to men and women of any industry and origin, by the way). My tip? Be natural. Be yourself. Say as much as you want, keep as much as you want to yourself, and always ask back in reply to show interest. Don’t be too defensive. Most of the times, it is not meant in a bad way.

–          Be assertive. If you are working in these areas, you probably are very assertive already! A lot has been said about personal branding (check out this website for more) but here in Latin America, this is key. Make sure you assert your authority even before you land – or you will get meetings only with junior people and struggle to advance in any negotiations. You might need to remind people of your credentials more often (“as I said, I am in charge of all the operations…”, “I have an MBA from so and so and the company has trusted me to…”) – it is not bragging, it is just making sure people understand exactly where you stand. Make sure that, even when casually dressed, your clothes, hair and make up are impeccable. No, it is not superfluous. And yes, it will be noticed. 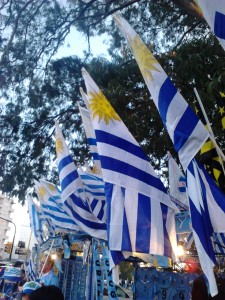 –          Greetings. What a minefield. I often go for a firm handshake with a smile, at least to start with, and unless someone indicates otherwise. If I see too much confusion going on, I just ask, often with a joke “shall we go for the British handshake or Uruguayan kissing, you tell me!”. It works.

–          Don’t put up with any nonsense. The battle for equal opportunities is tough in the UK and it is terribly tough here in Latin America. Just because we are known to be “macho dominated” cultures, you don’t have to take any nonsense.  I know I don’t. A lot of young professional women like me have had enough and are speaking out, don’t let us down! You can be an inspiration to many women here. And if it means walking out of a deal, let it be so. That is my very, very personal opinion, of course.

–          Take care. Some cities (or some neighbourhoods at some times of day) can be dangerous for women on their own. Try not to make it too obvious for example by having dinner at a hotel on your own (lunch is often just about ok). Room service is safer (leave always the door open). Take extra precautions like booking taxis at the airports or at hotels. If you’re unsure, just ask someone who’s been (twitter is great for this kind of things) or find a travel forum. I’m happy to help, too, if you drop me a line, or I can find someone who can help you. There’s often no need to panic, but being extra safe doesn’t hurt.

You might find your business contacts, particularly if you travel often, will be extra courteous with you and offer to take you to places, pick you up at the hotel, pay for meals, etc. This is normal, they are looking after you, not because you are weak, but because they care. Enjoy it!

If you are a woman in manufacturing, technology or engineering from the UK travelling to Latin America on business, I’d love to hear your views, whether you’ve already been here or not. Just drop us a line, join us on twitter or link up on LinkedIn. And if I can help, just let me know!