BP and Uruguay: one fascinating partnership

When you think of oil & gas, you probably don’t think of Uruguay. And neither did I until yesterday, when I attended an event to hear the BP general manager for Uruguay (in post for only a few weeks).

Uruguay has a great tradition of doing business with Britain and BP is one of the newest additions to bilateral trade. Oil & gas has traditionally been a state monopoly in Uruguay but things are changing and the national petro company, ANCAP, has entered partnerships with overseas companies for the very initial phases of exploration. In the Uruguay Round II, BP won a tender for offshore exploration and extraction, with BG, Total and Tullow Oil. And how meaningful that Round III was being launched by the Uruguayan authorities in London today…

BP, explained its general manager for Uruguay, has five new markets to focus on: Brazil, Nova Scotia, Australia, Libya and Uruguay. Clearly, they see some potential in Uruguay in technical terms, but there are other factors that they must have 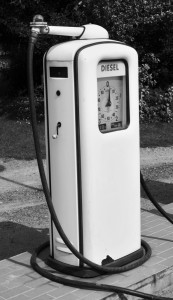 considered. The BP general manager emphasised two: transparency and respect for the law.

Things take time in oil exploration, time frames are long – that suits Latin America in many ways. However, as Mrs Serpa from BP mentioned, the biggest risk she sees is that of nationalisation in the case petrol is found. It has happened in other countries close to Uruguay, but BP must trust the country enough to invest millions here.

I was delighted to be able to ask Mrs Serpa a question, as a Uruguayan who has just returned to her country: what she thinks Uruguay is doing really well, and what we could improve on as a country. Mrs Serpa praised Uruguay’s transparency and the ease of doing business here, the disposition of the government to move things forward. Not so good, she said, is that not many people know how to work for a multinational company of that calibre. The culture needs to change, our pace needs to speed up.

One fascinating talk and one great new British business in Uruguay. Moving forward to the next stage in oil exploration would be hugely significant, and demanding, for Uruguay. From rescue services to education, from logistics to regulations, a large BP operation could have a massive impact in this country. I’m up for it. And you?