We are UK manufacturers of non-consumer goods. Why should we be looking at Latin America?

There are many reasons why UK manufacturers should be looking at Latin American export markets. Here, we briefly describe the four top reasons.

Latin America has experienced a period of economic boom, which basically means it has the cash to pay for your goods, and the need for them. Economic growth means that cities, regions and countries are facing huge infrastructure pressures. Transport projects (from airports to metros and from container ports to car parking) are taking place across the continent. More people can buy houses, and more businesses and shops choose to locate and expand here, so construction is also booming (not to mention projects around the FIFA World Cup and Olympics in Brazil). Agriculture is moving fast and feeding a country of 600 million people and some huge export markets, like China. 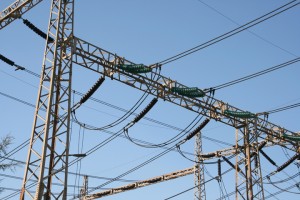 Economic growth means that, depending on what you are offering (from planes to cables, from valves to machinery) are on demand. Even in the midst of a global downturn, the IMF forecasts an average growth rate for Latin America of 3.6% for 2013, and higher for countries like Peru. If your traditional markets are stagnant, this is a key region to look at.

If your image of Latin America is of an unstable continent where it is not safe to do business, you will be surprised. Credit rating agencies like Moody’s and S&P have praised the achievements of countries like Colombia and Uruguay. Yes, there are countries where it is difficult to do business in, but in general you will be welcomed by political stability and sound macroeconomic policies that receive worldwide praise.

3-      Regard for British manufacturing

British manufacturing is highly regarded across Latin America, it equates to quality and honesty, so make the most of it! I personally find that approaching potential distributors or end clients with a British brand is always very well received – there is a curiosity element because most businesses will be approached by US, Chinese, Italian, Spanish and other manufacturers first, so there is that “we are different” element, too.

There are many barriers to trading with Latin America, which we cover and give thoughts on regularly on this blog, but overall, Latin America is closer than you think. Maybe not so much in terms of geography or time (and here it depends on whether we are talking Mexico or Chile), but culturally. Latin Americans are experienced in international trade, some will speak very good English and will have even lived or studied in the US or Europe, and there are no shocking cultural barriers (like is the case with China or India, for example). You will find that, particularly in the big cities, Latin America can seem rather European, and you are likely to feel comfortable doing business there.