We are back from Kind und Jugend, one of the biggest and most international trade shows in the world for the nursery sector. In case you wonder what we mean by “nursery”, this is everything related to pregnancy and early years, from prams to potties, from dummies to furniture. A worldwide multi-million pound industry that has managed to perform fairly well even during the economic crisis.

This was another superb edition at the Koelnesse (Cologne), which also hosts some other amazing trade shows for various sectors. Most companies I spoke to over two full days (I would say about 100 of them – I was that busy!) said that footfall might have been lower, but the quality of the enquiries was high. I also personally saw and met with buyers from Latin America, and I am aware that distributors from all over the world were visiting. 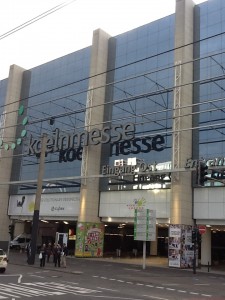 A few personal highlights of the show were:

–       The number of UK companies now doing business with Latin America, particularly with Brazil, although volumes and relationships vary across the board. For example, Cuddledry are now exporting to Brazil.

–       The number of businesses that were approached last year at the same show by Latin American buyers and a year later confess “but nothing has really come out of it”. They realise it is not as easy as it might seem and they all agree in that resources, patience and clear expectations are key.

–       The increase in awareness about the opportunities in Latin America. I hope I personally contributed to this at some tiny level, and I found exhibitors a lot more willing to discuss opportunities now than a year ago.

At the same time, Latin American buyers are raising their expectations given their purchasing power. They are a lot more selective and expect much better service. Speaking to a few of them, and from recent calls to others, here are a few tips:

–       Remember that the choice these buyers have is enormous. Just think of this mega show and each of its stands: why would they approach you? And once they’ve approached, how can you make the most of it? Believe me, a great product is just not enough.

–       Some smaller buyers (which could be your gateway to a specific country) are put off by language barriers because they find it hard to understand for example minimum orders, terms and conditions of sale, testing and certifications, etc. They will then naturally gravitate towards Spanish or even American companies that can communicate with them better.

I personally found quite a difference in the way exhibitors welcome overseas buyers. Some seem incredibly reluctant to engage (would you believe it?). Body language says it all: they remain seated, arms crossed, dull tone. By contrast, other stands can blow you away with their energy and vibrancy. Let me highlight some of the best UK stands that I spotted, in terms of engaging with non-English speaking visitors: 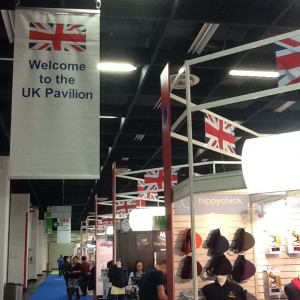 –       Easidream – a small stand, a two-person team, but great amounts of know-how and caring about the business and its customers. Friendly without being over-the-top, charming. I would buy from them anytime!

–       Trunki – colourful, engaging stand but also energetic on-the-ball team (sat on the Trunkis themselves, what better publicity can you hope for!)

–       Brother Max – fantastic large stand with a new international sales manager who seemed to be constantly busy, and a supportive team behind her.

We have worked with many nursery businesses, in the UK, Spain and Australia, who are interested in Latin American markets. For example, you can read our case study about Silver Cross here.

We would love to hear from nursery products designers and manufacturers from all over the world to share with us their experiences, questions and advice about going global – feel free to drop Gabriela a line at