We love (great) food. Therefore, having clients in the food and drink sector is a real blessing. That means that attending the Speciality and Fine Food Fair last week, for example, was perfectly “justifiable”. No excuses needed.

We found this London-based trade show flawlessly organised. The list of exhibitors was outstanding, from the well-established brand sold across the world (like Walkers Shortbread) to the newest upcoming brands that give these events so much energy and colour (such as Booja Booja).

The trade show is mainly UK-focused, so exports are not top of the agenda. However, with overseas market considerably important for British SMEs, we’d like to share with you some key reflections:

–       Most of the exhibitors we spoke to who were not exporting were not proactive in exploring or targeting overseas markets. “Exports are only 5% of what we do, so why should we bother”, said one exhibitor to me. I wanted to say “exactly because of that – if you start from 5%, think how much you could grow!”.

–       At the same time, some very small start-ups were actually seeking to go global from day one and seeing exports very much as an integral part of their growth strategy.

–       Brazil seemed to be the one country that all exhibitors I spoke to would have some interest in targeting. Very few actually mentioned any other countries in Latin America unless prompted.

Once again, many businesses tell me stores that sound like this “Oh, yes, we actually had someone from Latin America, I can’t remember exactly where from, approaching us at a trade show and they were interested, but nothing happened. We followed up but after a few emails we never heard back and stopped trying”. 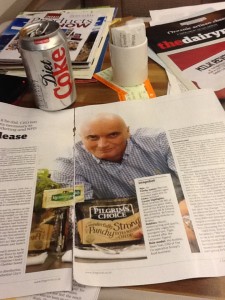 Back to Edinburgh "mobile office" (train delayed, home at 3am, now, that's commitment!)

Classic. First of all, I ask myself, was that contact really that interested? How could you have found out more there and then? Did you ask all the right questions? And what did the exhibitor do about that interest? Did they have material ready available in Spanish/Portuguese? Did they discuss how they could export to this new market more efficiently?

Then “a few emails” sounds like a complete “no-no” to me for Latin America. One, we don’t really “do emails” like in the UK. Most Latin American businesses I know would not bother. They get inundated with requests from overseas brands to enter their country. Was that exhibitor memorable enough for them to bother to reply? After all, if they didn’t bother to call… That is the key. Pick up the phone. Scared of the language? Hire someone who can at least get you past the receptionist and, if really keen, learn at least a few phrases yourself. I do it myself “sorry I don’t speak your language, but could I speak to…” is sometimes enough to show some humility and hard work. An email just won’t cut it. 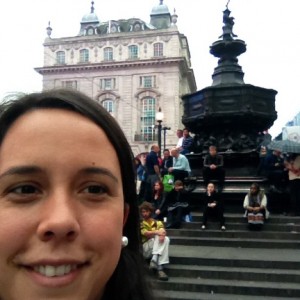 Piccadilly Circus: always up for a bit of sightseeing

Trade shows can be fantastic, and this certainly was. They can showcase so much in such a condensed period. But they are not the end of it all. Are you prepared for the trade show – and for what comes next? Latin American partners make a huge effort to come to Europe to visit trade shows such as this, are you valuing their time enough? What will make you stand out from that stand across from you? And we don’t mean your display, we mean your people.

As I write this, I am off to another outstanding and pretty gigantic trade show in Cologne for the nursery sector. I will support some of my clients in face-to-face meetings with potential Latin American distributors then. I will meet those distributors privately myself and get to know them. People. That is the way forward.

Our Kind und Jugend trade show blog is next! Keep coming back for our reflections on going global!