Very often when discussing exporting to Latin America with British business owners and managers, they challenge me to “name a few British businesses that are successful over there”. I think they want some reassurance that Latin American markets can be conquered by British brands. And there is an element, I can tell, of trying to work out a pattern (“oh, I see, so mainly luxury brands, then?”).

I love this question. First, because I can brag about the amazing companies that are exploring or have succeeded in Latin America. Second, because I like to surprise them.

I recently visited Uruguay and Argentina, spending three gorgeous, productive and sunny weeks in Buenos Aires and Montevideo. And here are some of the British brands I was impressed to find… 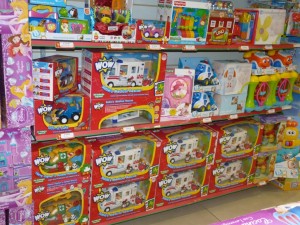 Wow Toys – these are battery-free, sturdy and beautifully-designed toys. A family favourite that I was jumping up and down to see in a (rather premium) shopping centre in Buenos Aires. Have a look!: 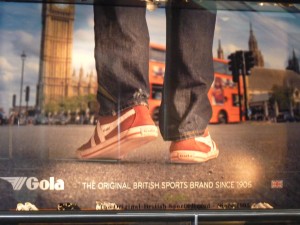 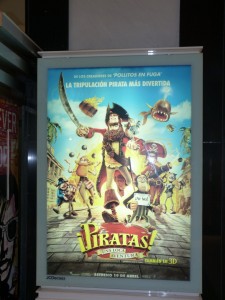 The Pirates! – yes, Aardman at its best. Distributed by Sony but yet ever-so-British (think British humour, London streets, Charles Dickens and, oh, Hugh Grant, of course…). I was extremely delighted to see the film was being shown in both Uruguay and Argentina – it shows that British creativity can also be exported on a massive global scale.

Other British brands I stumbled across were Wolsley (strangely, in a ferry between Argentina and Uruguay) and Fosters (whose distributor emphasises their long-term relationship and their high level of trust – always very comforting to hear).

Oh, and did I mention I saw Paul McCartney live at the Estadio Centenario in Montevideo? As far as British exports are concerned, it just doesn’t get any better than that!

PS The question that follows, clearly, is “so, how did they get there?”… Fascinating question for our next blog post, so keep coming back!