I had the pleasure of travelling to the beautiful city of Valencia to visit two high-profile international trade shows: FIMI (children’s fashion) and Cero a Cuatro (nursery sector). Both shows are part of the busy schedule for both sectors in Europe, which include Bubble London, Pitti Bimbo and Playtime Paris (fashion) and Kind und Jugend as well as The Baby Show for Trade (nursery/babycare).

FIMI had a fantastic creative feel, heightened by the presence of Agatha Ruiz de la Prada, an iconic Spanish designer. Agatha came across as a warm, charismatic and inspirational person, who is passionate about the links between design, fashion and emotions. A handful of British brands were exhibiting directly at FIMI, including Pixie and Punk. Others were present through their Spanish distributor. We have uploaded videos of the fashion show close and of the exhibition on youtube. 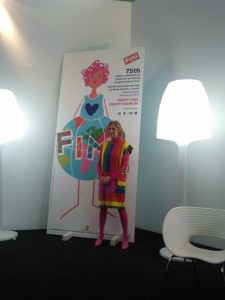 Cero a Cuatro is much more focused on nursery products. There were many British brands present with their Spanish distributors, including Bambino Mio, Totseat, Trunki and PacaPod. I was particularly pleased to see Mr Alan Halsall, Owner of Silver Cross, supporting his Spanish distributor at the show. He was present less than a day at the fair but he was keen to provide support and also get a feel for the event, the competition and the sector. The Silver Cross space within the distributor stand was outstanding, particularly compared to competitors, who had a small portion of their distributor’s space. I wonder how much the direct input from the Silver Cross management influenced the distributor’s allocation of space and whether this is a reflection of their working relationship. I had the pleasure of discussing Silver Cross in Latin America with Mr Halsall… but that is definitely material for another blog!

At both trade shows the presence of Asepri (the Spanish Association for Childhood Products, the equivalent of the BPA in Britain) was very strong and their stand proudly showcased Spanish talent. I am aware that there were buyers from Spain, the rest of Europe, Asia and Latin America at the show. Some stands were constantly busy with participants frantically filling in order forms, while others were rather quiet. Other trade shows were promoting their own events (including Russia, Germany and Japan), but none from the UK. Every stand clearly had Spanish speakers, but most stands had someone (one or more people) who could speak at least three other languages, mainly English, 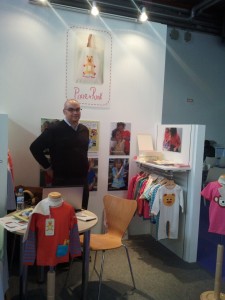 German and French. This makes me wonder how prepared British companies are to exhibit at trade shows internationally, and what they can do to overcome language and cultural barriers at these events.

Our next blog post brings you our reflections on trading with Latin America, from conversations we had at FIMI and Cero a Cuatro – so keep coming back!