300 million middle-class consumers are waiting for you.

UKTI has recently reported that “there are almost 300 million people in Latin America that can be considered “middle class”, more than in China and India combined” (1) Are you shocked? “That’s a lot of people I am not reaching” told me a businessman when I shared the big number with him last week. “I really thought only a fraction of people in Latin America, like a 5% or so could afford our products”, said another one, “but maybe…” – and you can guess what he was thinking. 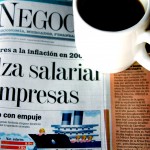 Recently, the BBC reported over the emerging Brazilian middle class (2): “Brazil’s economic success story has not only lifted millions of Brazilians out of poverty. It has also raised the expectations of a new lower-middle class – known here as the “C class”.” This is a recurrent story now in academic, trade and business press.

So what is in it for you? “UK exporters of advanced manufacturing goods, education products and financial and other professional services are most likely to benefit from the emergence of the middle classes”, says UKTI and it also points at the importance of retail expansion, particularly in Brazil, Chile and Uruguay.

Education is clearly an area of great potential for UK exporters – the UKTI report shows that the education spending share of the middle classes in Brazil has increase 150% in the last eight years. I will be personally attending the Education Show in Birmingham in March 2012 to spread the word!

Tourism is another area of great potential. Do you supply this sector? Have you thought about the possibilities? And think laterally – emerging middle classes will also put pressure on other sectors such as the public sector, energy, and infrastructure.

So there is a huge market out there for you and one that is growing – what are you waiting for?

(1)    Foreign and Commonwealth Office/UK Trade and Investment “The stable consumer? The expansion of the middle classes in Latin America” October 2011
(2)    http://www.bbc.co.uk/news/magazine-15668275